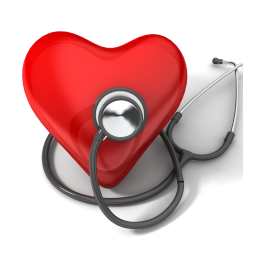 Obesity has been known as a risk factor for diabetes, cardiovascular diseases, cancer and overall mortality. It is often suggested that weight loss may protect the patients against these conditions. However, there has been a lack of robust data to support the theory. As such, The Swedish Obese Subjects (SOS) study has been conducted to observe the effect of bariatric surgery on overall mortality, cardiovascular diseases, cancer and diabetes. [1]

Figure 1 below depicts the overall mortality rate in a period of 16 years. Within the follow up period, 129 (6.3%) of the subjects in the control group deceased, comparing with 101 (5.0%) in the surgery group, given that no significant interactions was found between the subjects and their associated variables, such as sex, BMI, age, presence or absence of diabetes and previous cardiovascular events. 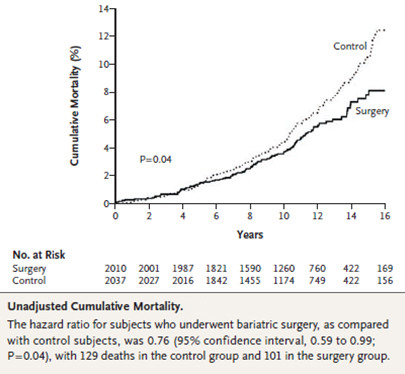 In a newly released SOS study data, within all the mortality recorded during the 18 years of follow up, cardiovascular events contributed to the greatest number of death, accounted for 49 of the subjects in the control group and 28 in the surgery group. Myocardial infarction, sudden death and cerebrovascular damage were the most common cardiovascular causes of death in the study. Bariatric surgery was proved to be associated with reduced number of fatal cardiovascular deaths, total cardiovascular events, fatal MI, total MI incidence, as well as total stroke events. 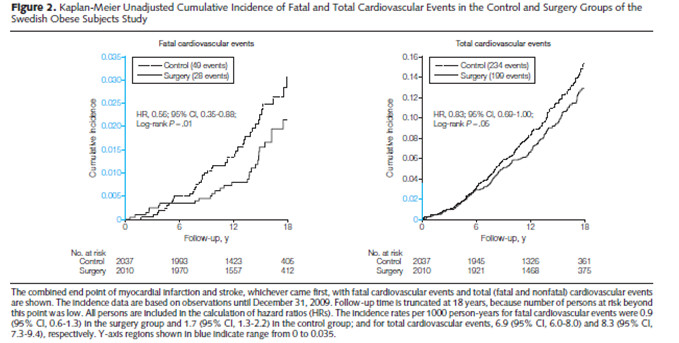 It is evident that long-term total mortality can be reduced significantly after bariatric surgery, particularly for causes of death such as coronary artery disease, diabetes and cancer. 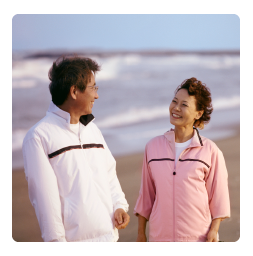 The result of the study has indicated that bariatric surgery is likely to cause long-term improvements in the quality of life and functional status in patients with severe obesity, especially for those with profound weight loss. In addition, this particular group of patients are more likely to seek treatment for depression, in order to improve their psychological state.